My name is John Monterisi, and I live just outside Boston, Massachusetts. I play electric/acoustic guitar and sing with different bands and projects here, in mid-coast Maine, and most recently in Florida. Besides playing, I enjoy songwriting in various styles, like old school R'nB, swing, Latin rock, or New Orleans.

I began my musical career at five years old singing on street corners in Queens, New York. Learning to play guitar in my mid-teens changed my life and allowed me to emulate the Beatles and all the other music I loved. I've kept a guitar close to me ever since (Keith Richards recently advised new players, "You gotta sleep with her!").

In the last 25 years, I've been a founding member of Hipsocket, a 7-piece soul band that plays bars and functions, and enjoyed a residency at The Cantab Lounge in Cambridge. For the last 15 years, I've been writing, arranging, recording and producing three CDs' worth of original music, two with The A Team Band. We sell our songs to benefit several local charities. In the last 10 years, I've discovered bluegrass and folk. What a revelation! Three or four years ago I began playing with a group of talented friends up in midcoast Maine. We call our band 32 North and play American string music. That group plays mostly during the summer season indoors and outdoors.

Our Boston band, Jane's Great Dane, has recorded a live CD at the venerable Bitter End in NYC, and played gigs at Whisky a Go Go and other venues closer to Boston. We have also played gigs on both coasts in support of our friend, Dan Bern.

Right now, fresh winds are blowing in my musical world. I am very excited about a few new projects and upcoming gigs, and hope you'll join me for some new musical adventures. Please sign my e-mail list, follow me here, and drop a line to say hello. 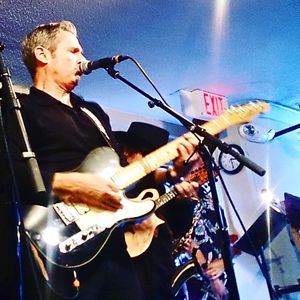 With Jane's Great Dane at Passin 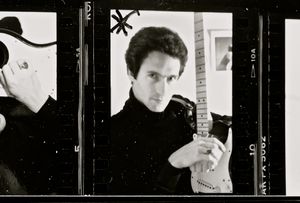 just a few years ago 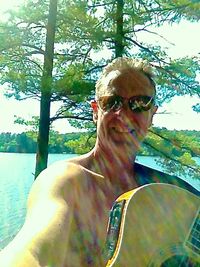